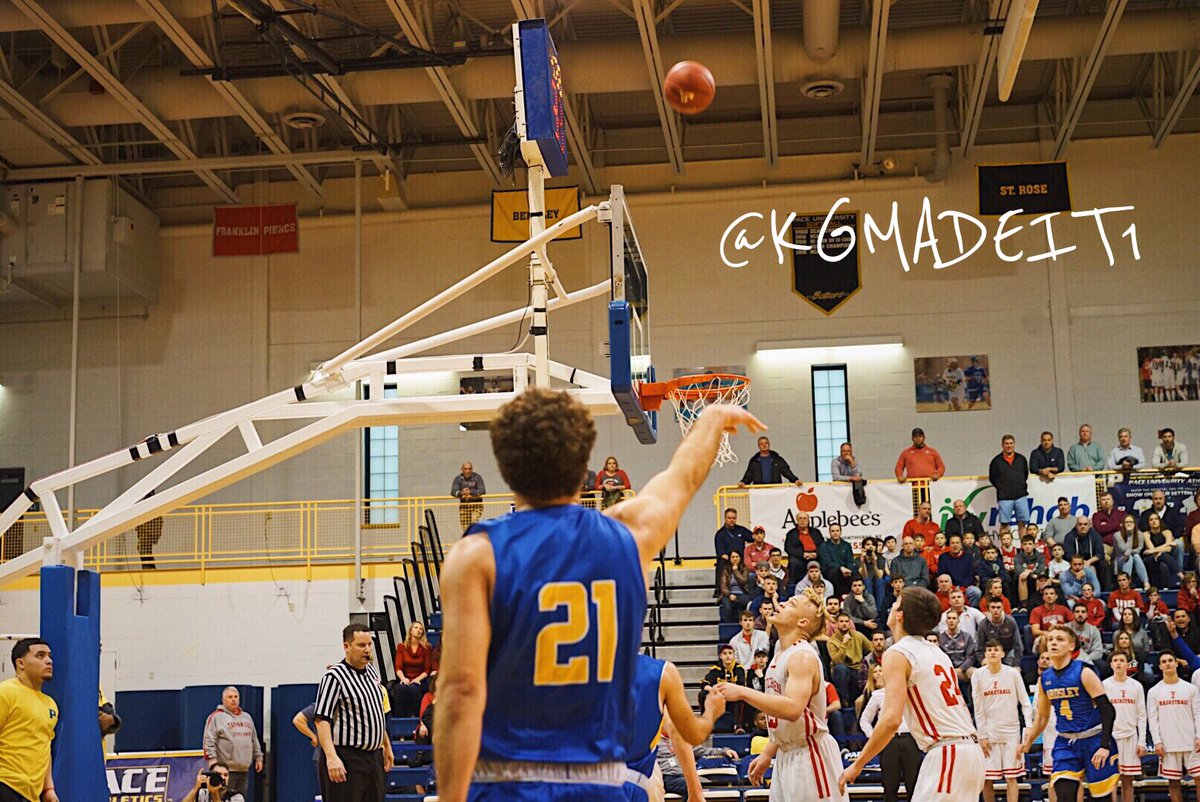 Every 15 minutes or so, George Gaine breaks down in tears.

The Tappan Zee coach isn’t crying always for his own pain, but the players who he consoled for hours after Saturday’s unthinkable buzzer-beating loss, The McGarvey Miracle, in the Section 1 Class A championship.

“I woke up at 2 a.m. and there were all these texts from my players saying they were sorry and how much they love me,” Gaine said on Sunday morning. “Then I put on SportsCenter. And there was the play.”

Disbelief over Julian McGarvey’s miraculous heave that lifted Ardsley to a 52-51 win in the title game finally set in.

The heartache for Gaine and his players is real. For every viral moment and for every hero, for every storming of the court and ESPN Top 10 play, there’s the other team. Tappan Zee and Gaine this morning is now understanding what that means.

“This is cruel,” Gaine said. “I know everyone says how much they love their players. But we really do. It makes this so crushing.”

While McGarvey and seemingly the entire town of Ardsley lingered on the court at Pace University, Gaine and his team sat silently in the locker room. The sound of sobbing filled the room.

Gaine, fighting back the tears and beginning to question his decision as a coach, attempted to console in the inconsolable.

“I told each of them individually all of what they accomplished,” Gaine said. “This was not your typical high school basketball team. There were not a lot of AAU minutes in that room.”

Tappan Zee graduated all five starters from last season, a team that made a second straight trip to the Class A title. Anybody who believed this group in the preseason was destined to play for a championship was basing their knowledge strictly on the coach and the uniform. Not the talent.

Gaine, a two-time section champ, repeatedly tried to implore to the outside world that this wasn’t your normal TZ squad. This team’s work ethic masked some of the deficiencies. Their relentless play in the postseason made them a sectional finalist.

A team 2.4 seconds away from a title.

“Every kid in that room had to overcome adversity that nobody would understand just to get on the court yesterday,” Gaine said. “To get to where they are was amazing.”

Gaine was also kept up most of Saturday night wondering what he could have done differently.

Tappan Zee took a 51-49 lead with 14.5 seconds left when Oziah DeLoatch scored and was fouled. McGarvey was fouled with 5 seconds left on the other end but missed both free throws.

Inbounding under the Ardsley basket, Gaine told his players in the timeout that they were going to throw the ball to midcourt.

“I hoped I made the right decision,” Gaine said. “Ardsley is so athletic and so quick. Crazy things happen. I didn’t want to pass the ball inside near their basket in fear that they’d steal it. I figured we throw the ball to halfcourt and Oziah can either catch or deflect it or knock it away. Now, of course, I regret it.”

McGarvey, who’ll play quarterback at Marist College, intercepted the pass. His momentum and a bump with DeLoatch forced him two steps back. Then McGarvey gathered himself and fired the ball just in front of the other foul line.

“I’m not caught up in whether he traveled or now,” Gaine said. “Maybe in the moment I did. But now you can’t.”

McGarvey unleashed the best throw of his life. All net. Fans storm the court. McGarvey is an icon.

Gaine and his team were motionless. Some dropped to the floor. The coach hunched over in agony, his hands pressed on his knees.

In his darkest moment as a coach, Gaine had to gather his players and shake hands with Ardsley. McGarvey stopped him on the line.

“He could have stiff-armed us and ran to celebrate,” Gaine said. “But he told me how inspired he was by us all season and how much respect he had. That says a lot about that kid.”

Today says everything about Gaine. While he continues to fight back tears, avoid the TV and ignore social media, he’s dealing with life on the other side of the viral moment.

This, he believes, will make his bond with this group of players stronger for their lifetime.

“Life is not fair,” Gaine said. “But I told them that if this makes them stronger as a person and helps them in college or later in life, then be grateful. We were a championship team. We just don’t have the trophy to show for it. These kids are going to come out the other side stronger. They’ll always love each other. That’s what this is all about.”