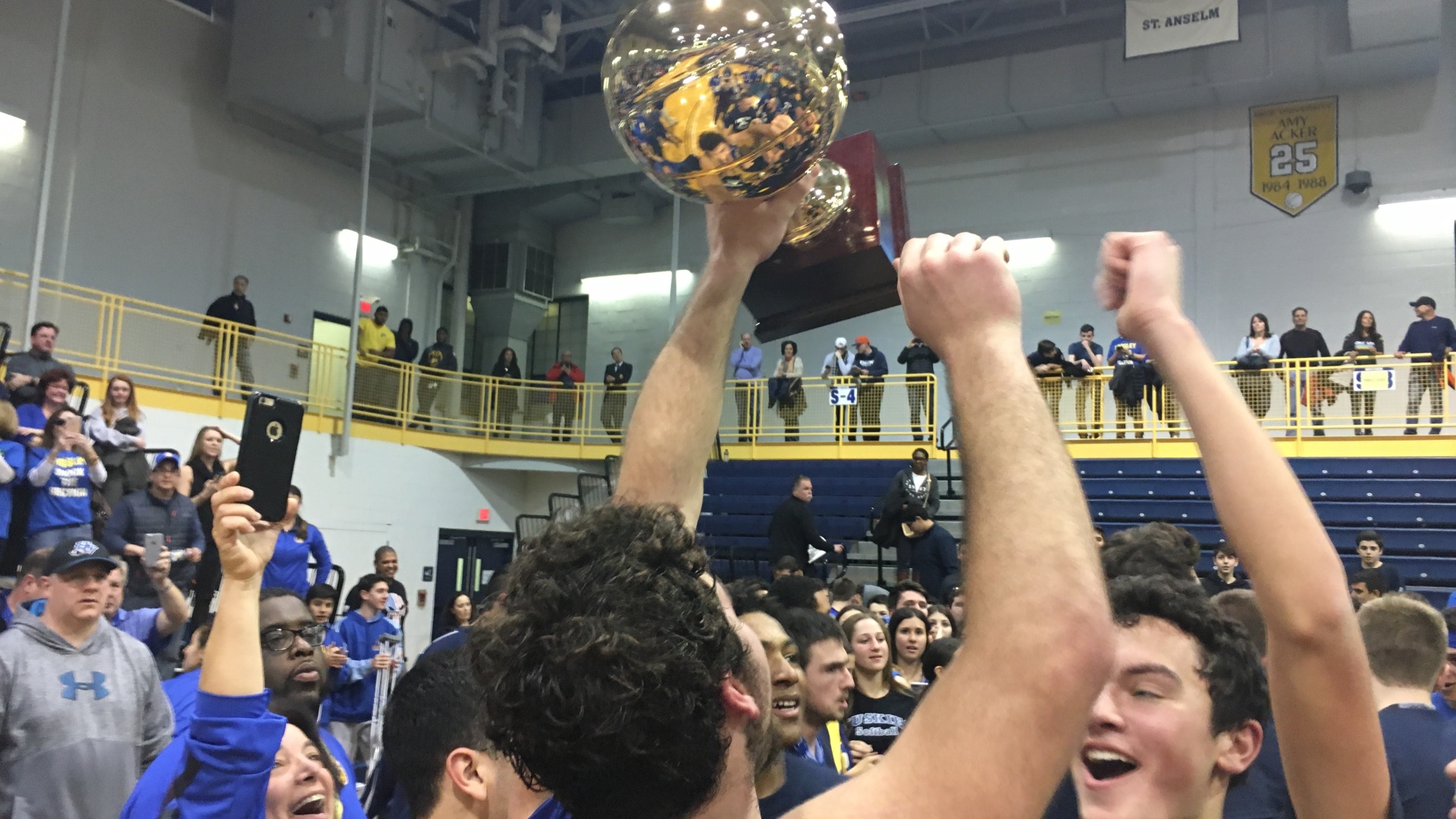 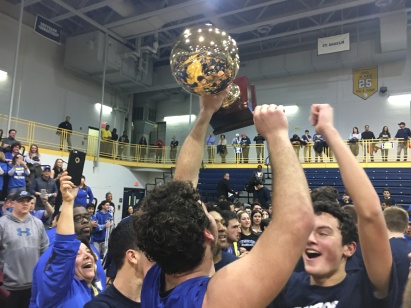 Julian McGarvey was a split second away from, as he put it, “bawling on the court” on Saturday afternoon. But his miraculous three-quarter-court buzzer-beater lifted Ardsley to a Section 1 Class A championship.

You’ve probably see the play. While it was a great shot, it was an even better story. Ardsley was down by two points to Tappan Zee with 2.4 seconds to play and TZ had the ball after McGarvey, a five-year starter, missed two free throws seconds earlier that could have tied the game.

McGarvey intercepted the long pass, turned and fired a shot through the net that will go down among the greatest moments in high school basketball history.

Ardsley 52, Tappan Zee 51 in the Section 1 Class A championship at Pace University. McGarvey had 11 points and earned MVP honors.

This video feature below explains everything that happened leading up to the McGarvey Miracle. And the madness that ensued.

4 Replies to “The Story Behind the Miracle (video feature)”