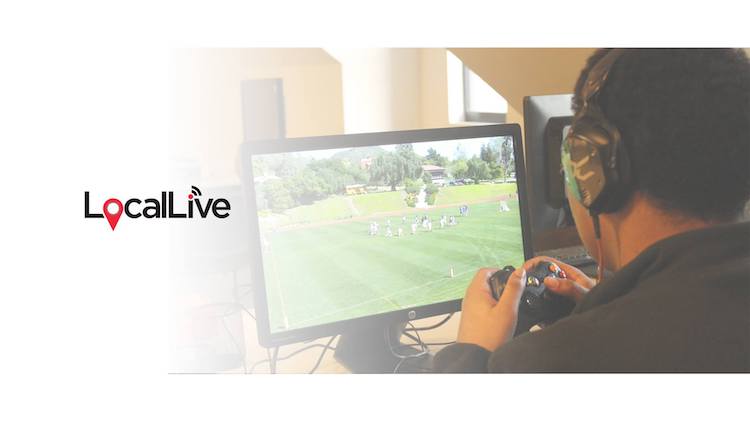 Everything happens for a reason.

I said that on Twitter on Dec. 27, two days before I was officially let go by News 12 Varsity. And I believed it. I believed that whatever was going to be next would be presented to me, I’d immediately recognize the potential and I’d seize the opportunity. I’d get a job offer. Life would go on.

In the months following my departure from Varsity, I did everything possible to remain patient and positive. But it was brutally difficult. One of the few comforts was remaining involved in covering local sports. I wasn’t getting paid most of the time. But I felt I had an obligation after overwhelming support I was receiving from people on Twitter or out at games. Just when I’d feel down, I’d get approached by a parent or athlete who expressed gratitude and wanted to encourage me. In a frustrating time, often strangers provided me the biggest lift.

Meanwhile, privately, I was obsessesively searching, applying, interviewing, networking, meeting, and, ultimately, getting rejected by all of the positions at the large networks I thought I coveted.

Then came mid-April, Friday the 13th, and a lunch meeting with Nelson Santos, the founder and CEO of Local Live, a Stamford-based company that equips schools with the technology and service to produce massive amounts of live-stream broadcasts on their campus. Local Live installs cameras on gym walls, on top of press boxes, etc. and hires “gamers” to control the cameras remotely using an XBox controller. The cameras all have 4G cards in them. They allow for schools to plug into the system and announce the games. And they go directly online to a schools website.

As a guy who lugged a camera around to games, built a rinky-dink site of my own and aspired to remain a broadcaster, I was listening to someone much smarter than me reveal how they could outperform my efforts 1,000 to 1 and for a fraction of the cost.

But just when I thought my career had to take a drastic turn, they asked me a question that may forever change my life:

“Do you know anybody at Stepinac?”

I almost laughed. I had just gone from following the football team capturing a Catholic state title in November to getting a behind-the-scenes perspective for a documentary I was filming on the program’s run to a Federation basketball championship in March. Do I know anybody at Stepinac? I know everybody at Stepinac.

At that moment, I recognized the incredible value of 20 years of relationships with schools, coaches, administrators, parents, teachers, athletes and communities as a whole. I’ve always strived to be passionate, fair, positive, accessible and just generally a nice guy to everybody I came across. There were times in the past 6 months when I questioned where it really got me. But now I know.

Two weeks ago — after two months of working as a consultant — I formally accepted a full-time position with Local Live to be the Director of Digital Media. Thankfully, I recognized I didn’t need to work for a large network. Because we are going to create them on our own. A whole lot of them.

I still plan to broadcast, write, tweet, make videos, and do my weekly predictions. I’ll still be cranking out Bracketology for every sport and provide as many services within local sports as I ever have. But the power of Local Live will take it all to an unprecedented level.

Ever since April 13, I started living and breathing the concepts and vision of Local Live. It’s the perfect instrument for the drastically changing and weirdly decaying world of local sports media. Instead of trying to bring one camera out in the field, Local Live currently provides dozens, soon hundreds, and, maybe one day, thousands. They have a powerful product. My knowledge and relationships will hopefully help drive it.

That week in April, I arranged a meeting with Stepinac and introduced the Local Live technology. We offered the opportunity to broadcast live every single football, basketball, soccer, lacrosse, baseball, wrestling and even a variety of non-athletic events for the year. Almost without hesitation, Stepinac signed on.

I later went to Iona Prep. They signed on. Hackley. Signed. Kennedy Catholic. Signed. St. Anthony’s on Long Island. Signed. I even went to the Eastchester Blue Devils Pop Warner organization. They signed. We aren’t just high schools and we certainly aren’t just sports. Any event, any time. Since April, I’ve made presentations to dozens of organizations and school districts. And after a tireless journey around the region the past 6 weeks, more are coming.

My dream is to have cameras installed at every single Section 1 school by 2020 and on as many fields at those individual schools as possible. And all of those games will be available on one network (more on that in the coming weeks) where every school has their own channel. So the Briarcliff channel, let’s say, would allow you to go on each day and watch a boys soccer game on Thursday, a field hockey game on Friday and football on Saturday. It will be live for the father traveling to Dallas for work or the mother stuck in her office in Manhattan or the grandparents in North Carolina. It will also be available on demand.

You can already do this for a host of schools around the country, including the Brunswick School in Greenwich. Local Live has schools in New Jersey you probably have heard of: Bergen Catholic and Don Bosco. We recently signed an agreement to be the exclusive broadcast provider for the New Jersey Super Football Conference through a partnership with NJ.com, the unrelenting force of local sports media in New Jersey. We have designs on obtaining many more playoff broadcast rights. We intend to be a major player.

Even though I technically didn’t have a job, the last 6 months has afforded me the opportunity to experience some of the greatest moments of my career (thanks again Julian McGarvey). And to me, all of that happened for a reason.

Every athletic director and countless administrators at local schools have heard my presentation and know what adopting Local Live on their campus will entail. Some schools, though, may need a push. That’s where you can come in. Get your school involved. My calendar is loaded with meetings over the next few weeks. The schools all have my number and email (kevindj@locallive.tv). The time to be a part of this is now.

Local Live isn’t just the next step for me. I believe it’s the next big thing for every athlete, parent, school and community around here and beyond. The journey begins.

6 Replies to “My next endeavor, Local Live, and the future of local sports media”