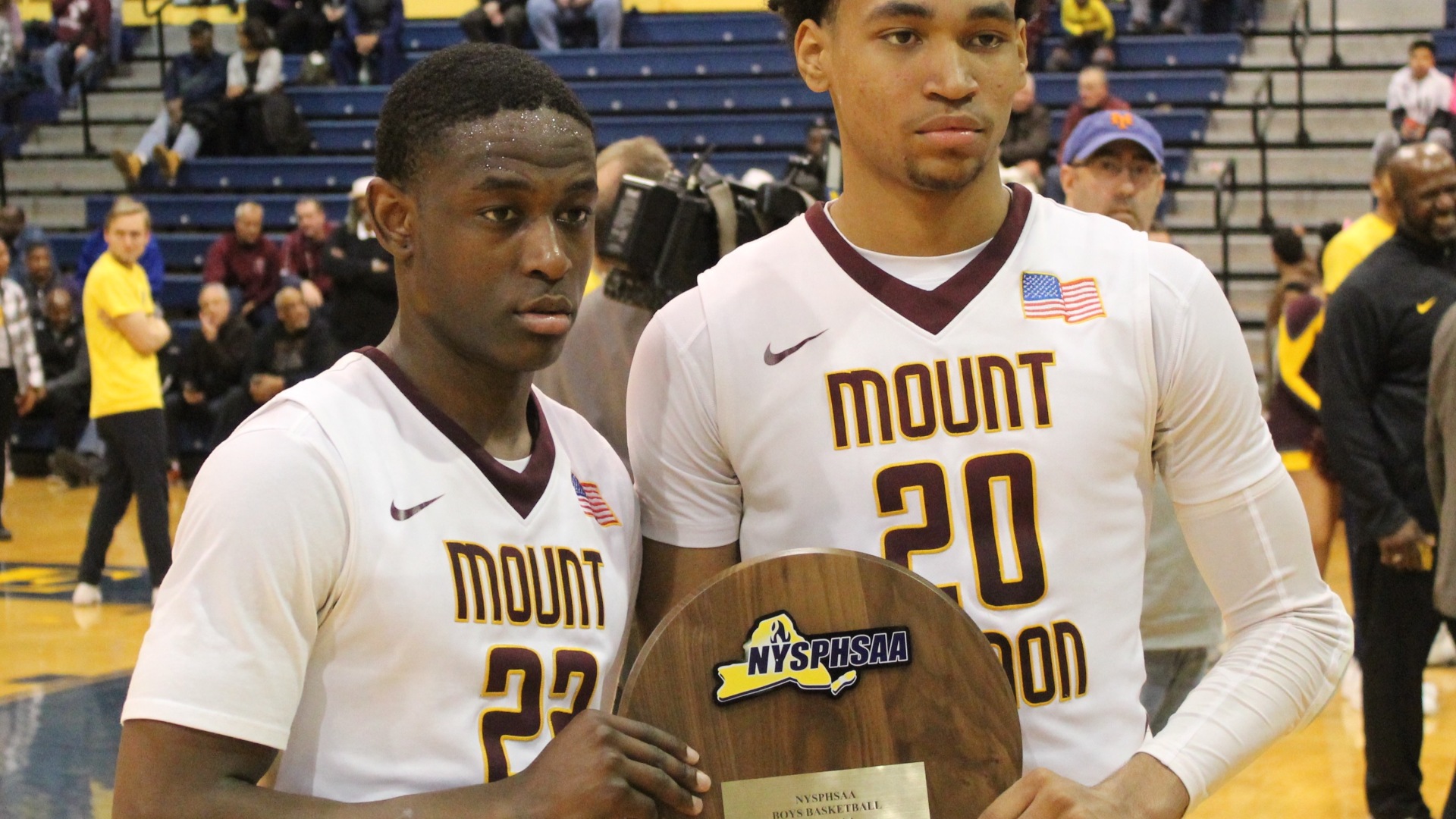 “This is the best week of practice of the season,” Cimmino said. “You’ve two games for ice and photo.”

The ice would be another state championship ring for the Knights and the photo would be the commemorative team picture that hangs on the famed Mount Vernon gym wall for capturing a title.

The Knights took a giant step forward to claiming those two coveted peices of MOunt Vernon lore in Friday’s 63-58 win over Section 9 champ Pine Bush at Pace University. Jason Douglas-Stanley scored 23 points as the Knights (23-2) overcame a six-point deficit entering the fourth quarter of a rematch of last year’s regionals.

Charles Lovett sank a pair of free throws with 4.4 seconds left to secure a berth back in the NYSPHSAA Final Four for reigning champion Mount Vernon.

Mount Vernon went on a 15-0 run late in the second quarter to build a 35-23 lead at the break. Pine Bush exploded in the third behind guard Brandon Powell.

The guard finished with 19 points while his brother, forward Bryan Powell had 26 points and 10 rebounds, as Pine Bush held Mount Vernon to seven third-quarter points and took a 48-42 lead into the fourth.

Douglas-Stanley and Lovett took over from there. Mount Vernon opened the fourth with a 15-1 run to reclaim control. Pine Bush trailed by three with under a minute left but had a open 3-pointer by Byran Powell bounce around the rim and out with 10 seconds left.

Mount Vernon advanced to Saturday’s NYSPHSAA Class AA state semifinal in Binghamton against either Shenendehowa of Section 2 or Liverpool of Section 3. Tip-off is 2:30 p.m.