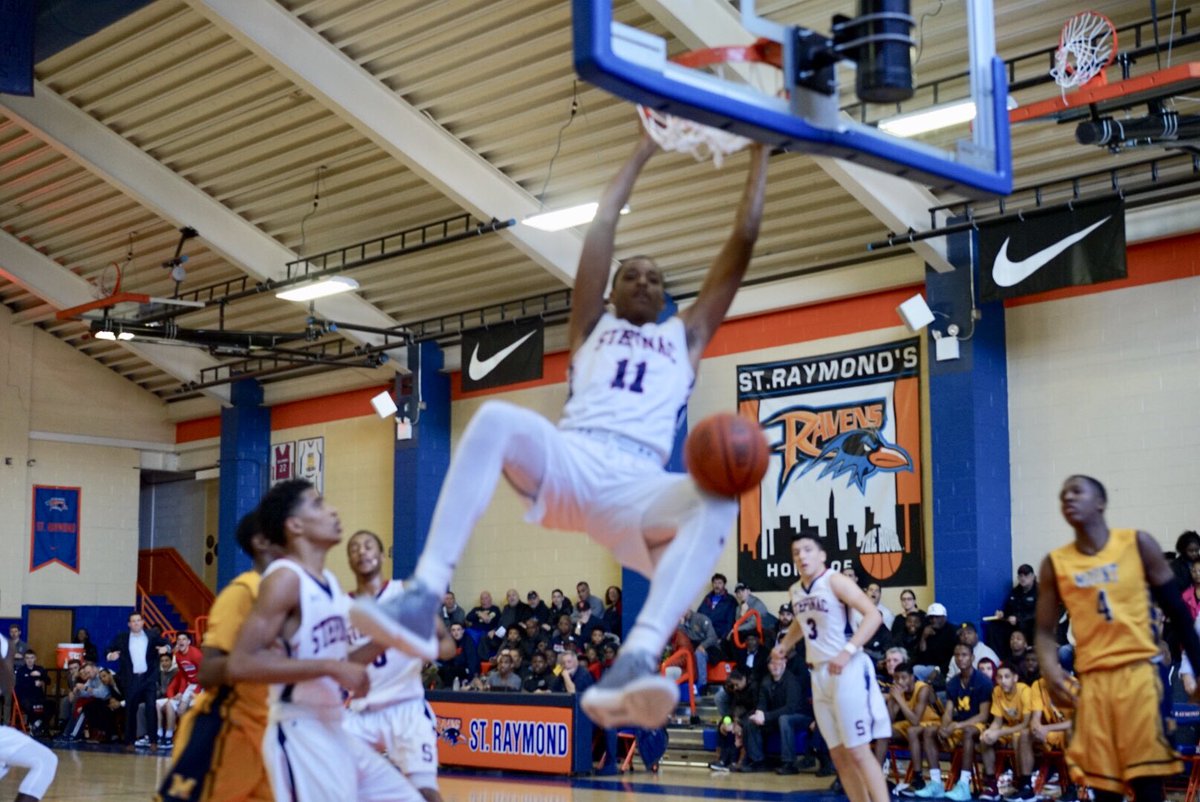 There’s been talk all season about four potential Iona Prep-Stepinac matchups. The first two scheduled matchups lived up to all expectations. And on Sunday, the CHSAA rivals secured meeting No. 3.

Iona Prep rallied past All Hallows 54-45 in the CHSAA New York AA Quarterfinals in the first of a quadruple-header at St. Raymond. Stepinac then blew by Mount St. Michael 75-46 in the second game.

The winners advance to Tuesday’s Archdiocesan semifinal at Mount St. Michael. If you intend to go: Arrive early. The first two Iona Prep-Stepinac matchups — each played in spacious venues — sold out days before tip-off.

“We are definitely excited for Stepinac Round 3,” Iona Prep coach Steve Alvarado said. “I won’t have to worry about a lack of energy or intensity.”

That was part of the issue Iona Prep had in the first quarter on Sunday. All Hallows led 23-15 early in the second quarter before the Gaels stormed back behind Bryce Wills to close to two at the half.

Wills scored nine straight points late in the third quarter to give Iona Prep the lead back at 39-29 entering the fourth. The game never got closer than six points the rest of the way.

The Stanford-bound Wills had 18 points, 10 rebounds, four blocks, assists and three steals in the win. Josh Alexander added 10 points and 11 rebounds and Soulemayne Koureissi added 12 and 10.

“All we talked about was having a sense of urgency now that the playoffs are here. Maybe they were too wound up,” Alvarado said of the sluggish start. “But once we locked in, we devastated them defensively.”

Stepinac dominated Mount St. Michael for a third time this season on both ends, led by a pair of sophomore stars.

“We played really well as a team,” Crusaders coach Pat Massaroni said. “We defended at a high level to hold Mount to 46 points. We were unselfish offensively which led to a great win.”

Stepinac beat Iona Prep in double overtime in the first meeting before a sellout crowd at the Westchester County Center. Iona Prep evened the score by climbing back from a 15-point defense in the second matchup on Feb. 3 at Iona Prep (again, sold out).

“It’s a new opportunity to advance in the playoffs,” Massaroni said. “Our team remembers that feeling after the game at the beginning of the month. We have improved and so have they and we are excited for the challenge Tuesday night against a very talented team.”

Round 3 is for the right to play for a CHSAA Archdiocesan title on Saturday at Mount. The winner also gets a double bye in the CHSAA City Championship bracket.

Could Iona Prep and Stepinac meet then also? Let’s hope so.

One Reply to “Iona Prep, Stepinac win — will meet in Super Showdown Part 3”