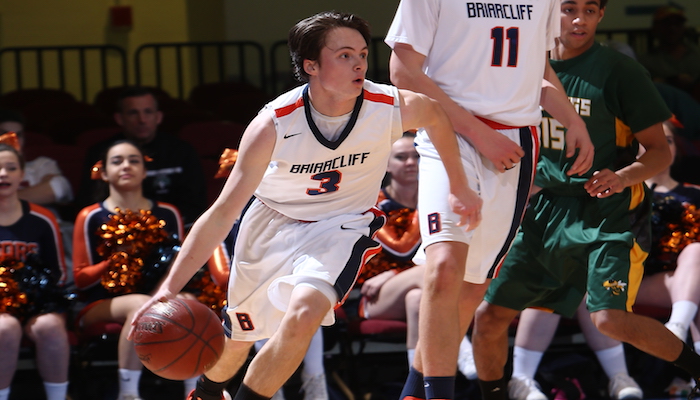 The final week of the Section 1 basketball season has arrived. A week from today, the committee (or what’s left of the committee, right?) will meet to finalize the boys and girls tournament, and Outbrackets start next Wednesday.

Majority of teams on the boys and girls side have 2-3 games left until then, while a handful have 4 to complete in the next six days. Here’s a look at the best games on the Monday slate on the boys side, and how it could impact Bracketology.

3 Best Games of the Day (Boys): Monday, 2/5
1. Irvington at Panas: Irvington (15-2), the No. 2 team in Class B, has won 13 straight games. And they meet Panas (13-4), the current No. 4 seed in Class A, who is on an eight-game winning streak. First, the matchup is really good. Irvington is a team that has the strength and quickness in the backcourt with Colby Martins continuing to elevate his game as the season progressed. He and Panas guard Brandon Hodge both play with great physicality and should challenge each other. But can the Panthers body up with Sidney Thybulle inside for four quarters? The Panthers have won have continued to get better defensively and have shown incredible resolve in tight games. They’ll find a way again here.  KDJ’s Pick: Panas.

2. Blind Brook at Westlake: The Trojans are surging, winning five in a row with a chance to steamroll into the postseason. This is a sneaky tough matchup here with a Westlake team that can be dangerous from the perimeter. Jake DiGiansante, fresh off scoring his 1,000th career point, has taken his game to another level since losing to Putnam Valley on Jan. 22. Blind Brook needs to win 3 of its final 4 games to clinch a .750 record and give opponents a second Bonus Point. This one is big. KDJ’s Pick: Blind Brook.

3. Hamilton at Palisade Prep: There’s a lot on the line here for Hamilton, which can move closer to a league title, lock up a No. 1 seed in Class C and be a +2 Bonus Point team. Hamilton came away with a 63-50 win over Pal Prep on Jan. 22. But the Phoenix have a lot on the line, fighting for a home playoff game. All the pressure is on Hamilton. KDJ’s Pick: Hamilton.

On TV: Briarcliff at Pleasantville will be taped for broadcast by Verizon Fios.